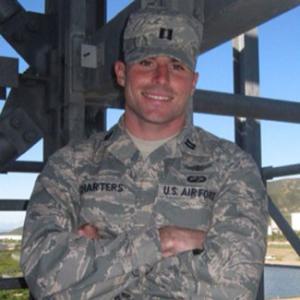 In 2006, Brandon Charters was a Lieutenant in the United State Air Force (USAF) assigned to Columbus Air Force Base (CAFB) in Columbus, Mississippi. While serving there, he was directly supporting the 14 th "Flight Training Wing".

Charters held a bachelor's degree in economics but felt he wanted to explore an advanced degree in business in order to continue with his professional development in the military.

At issue was the fact that he would certainly receive an assignment that would require him to leave the area before he had time to complete a traditional on-campus degree program.

The best way forward for Charters was the distance Master of Business Administration (MBA) offered by Mississippi State University (MSU).

After learning about the distance MBA at the CAFB education office, Charters was introduced to Cindy Smith, director of distance learning at the MSU College of Business. Smith deftly guided him through the program information.

"Cindy was extremely helpful from admissions though graduation." Charters said. "I think the key factor was that she understood that pursuing a degree while continuing to meet the demands of the military wasn't an easy task."

Shortly after being admitted to the online MBA degree program, Charters was reassigned from CAFB to Kirtland Air Force Base in Albuquerque, New Mexico. Because the program is online, it was flexible enough for him to make the move and continue his education in a seamless manner.

In 2008 Charters completed his degree but, due to family commitments, had to leave military service two years later.  He credits his MBA as being the primary reason he was able make a smooth transition into civilian employment.

"My experience in the Air Force combined with the business skills I learned through the MBA program prepared me to speak the language of science and business," said Charters. "That made a significant difference in my ability to secure employment in the private sector."

His first civilian job was in business development for Engility supporting the Rocket Systems Launch Program (RSLP), which is responsible for providing launch capabilities to various Department of Defense, Department of Energy, and NASA customers.

Charters continued using his business and science skills when he became a program manager for Pacific Scientific, where he led design, development, and production efforts supporting Raytheon's Missile Systems.

Today, Charters' career enables him to again serve his country by serving its military members and veterans. He is a Vice President and one of the earliest team members at RallyPoint, the nation's largest online military community. His passion is connecting technology of www.rallypoint.com with the best universities, employers, and resources that will allow service members and veterans to lead more successful and fulfilling lives.

"Brandon's integrity and drive to succeed was apparent from the start," said Smith "It has truly been a pleasure to be a part of his journey so far. His future is bright - I look forward to seeing what it holds."